Making a Career Change at 40

In the ever-expanding job market, career transitions are more and more common. Changing from one job to the next might not seem like a big deal to someone in their 20s, but a career change at 40 is daunting. 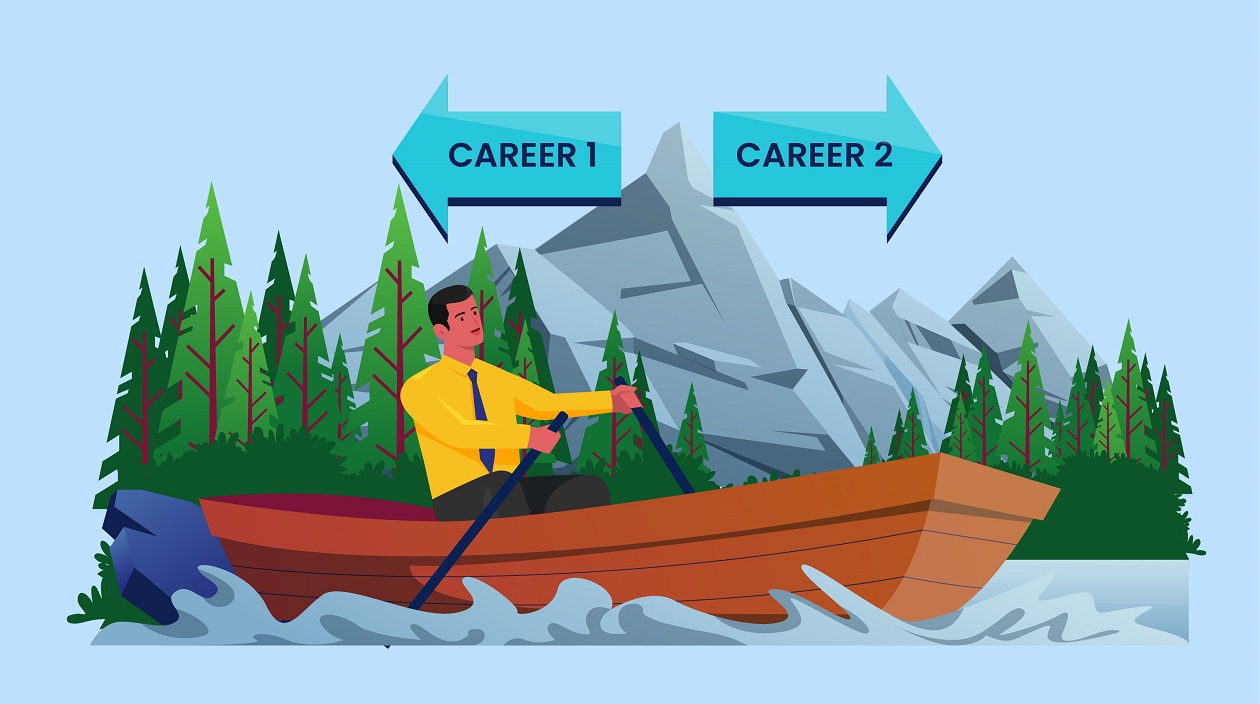 In this article, we will show you that you can not only achieve a career change at 40, but you should embrace and celebrate it.

Should you make a career change at 40?

Questioning whether or not you should be changing careers will inevitably lead you to talking yourself into staying. You’ll think about the importance of steady work, benefits, prestige, decent pay, and the people who may be depending on your paycheck.

Yet seeing the same tower of binders at 7am on a Monday, or hearing the mind-numbing ring of the school bell, or feeling your eyes glazing over in endless meetings may make you consider changing your career anyway, consequences be damned.

Change is what you crave, yet you remain inactive, endlessly contemplating your next move, or if change is even possible at your age.

This is a very common dilemma in the modern job market. People often feel stuck in their careers, that there is no changing the road that they are on.

It is common to think of success as a vertical climb. The more you work, the more you will earn and the more benefits your work will bring. Making a career change at 40 would surely jeopardize this, would it not?

Valuable personal time, effort, and money were invested into climbing upwards all these years. A fresh start would mean giving up on all that was achieved. Is it not better to stick to what you have? This is the fallacy of sunk cost.

Similar to eating a batch of charred cookies because you have already paid for the ingredients, the sunk cost fallacy makes you stick to a decision you’ve made because you’ve already invested in it.

Your mind can trick you into believing that you’ve spent too many resources on your current road to give it up now, and so you stay where you are, hoping that even more investment will make you feel better about your situation.

Turns out, it doesn’t.

Although there is a lot more at stake in changing your career than some wasted flour and an hour of your time, the concept is the same.

People are more inclined towards pursuing a failing venture than cutting their losses and starting out fresh, simply because they have invested in the path they are on, and are afraid of the risks of starting again.

Fear is the most common reason to not make a career change at 40 (or any other age.) It is by far the hardest obstacle to overcome. With fear comes roundabout reasoning and self-persuasion.

Whatever your reason for considering a career change at 40, we here at Big Interview recommend that you not only entertain the thought but proactively embrace it.

To make the decision, however, you need to be ready for change. Start by examining why it is exactly that you are considering this career switch. Define a measure of success for yourself. Is it higher pay? Is it achieving a certain skill level? Perhaps it is merely living off of a hobby. What career path will fulfill you most?

Achieving your own definition of success will come step by step. The crucial component is your willingness to accept and seek knowledge, and to take the initiative for your own career happiness.

Is it Acceptable to Make a Career Change at 40?

Perhaps you have already decided on a career that you would enjoy more and are just feeling that changing careers would reflect badly on your professional life.

However, it is a common misconception that the average person settles into a career early in their professional life and works until their eventual retirement.

This may be the path for those that wish to specialize, yet for most this can inhibit a want for change. Let us put your mind at ease. Career changes at 40 (or older) are actually much more prevalent than one might believe.

In a 2021 report, The United States Bureau of Labor Statistics noted that in a thirty-year period people up to the age of 54 on average held 12 jobs in their life.

Furthermore, people in and around their 40s and 50s have held two to three jobs on average. Career changes at 40 years of age or more are no longer the exception. They are the norm. In our rapidly growing and changing economy, more and more people chose to change their careers at one point or another for varying reasons.

Further Reading:
Career Change Tips: Navigating the Dos and Don’ts
How to Prepare for a Career Change
7 Resume Tips for Career Changers
Top 17 Careers in IT

If you are still concerned about how a career change will reflect upon you, remember that your previous years of experience are not a hindrance to your transition. They are your greatest asset!

Treat your experiences as a portfolio that showcases a personal journey. One that illustrates progress, flexibility, adaptability, growth, and learning. These are some of the most sought-after skills in any job market, regardless of age.

Let your professional journey speak for itself and aid you in inching closer to your dream career.

A career change at 40 might still seem frightening. Yet, in spite of this, many have taken the risk and changed careers, which gave way to the flourishing careers they are best known for. Here are just a handful of examples:

It was not until 1970, at the age of 39 that she pursued the publishing of her first novel. Although it was not an overnight success, Morrison persisted with her writing, eventually landing the Pulitzer Prize in 1987 and the Nobel Prize for Literature in 1993.

From a lawyer to the face of one of the world’s most recognized brands, Harland David Sanders is a picture-perfect representation of how a career change at 40 can lead to success.

His career led him down a winding and colorful path. Starting out in his youth, cleaning train ash pans for a railway, Sanders pursued many careers over his lifetime. He became a practicing lawyer in the state of Arkansas, went through various sales jobs, and even owned a ferry boat company.

Yet it was not until his 40s, in 1930, that the Colonel started working in the foodservice industry.

He reminisced in his autobiography that for the first twenty years in the restaurant business, he didn’t even have a printed menu. It was only in 1952, at the age of 63, that franchisement of the famous Kentucky Fried Chicken began, showing that what really matters is persistence and not age.

A career change at 40 is undoubtedly difficult, especially when you have spent more than a decade in a single profession.

However, both Ken Jeong and Greg Davies showcase how one can take chances close to one’s 40s and enjoy a successful and flourishing career.

Jeong’s primary education is in medicine and he worked as a physician of internal medicine before giving up his practice at the age of 37, while Davies spent 13 years teaching English and drama before making a change at 38.

Both men decided to refocus towards the entertainment industry, primarily stand-up comedy and acting, and have since become known worldwide for their work.

What inspired them to make the change? In a 2020 Times article, Davies noted that he made the switch due to support from his then-girlfriend, and went on to say that he is happiest when doing comedy.

Similarly, Jeong has stated in his performances that doubts about his profession overwhelmed him as he gained more satisfaction from his roles in the entertainment industry, which led him to make the full career change.

Keith Valentine Graham, or Levi Roots, exemplifies to all that even one’s late 40s is not a bad time to change careers.

Roots enjoyed much success as a British-Jamaican reggae musician for most of his life, however, it was at the age of 49 that his career skyrocketed with the aid of his jerk barbecue sauce which he had been passionately developing for years at home.

Since then, Roots has explored several different career opportunities. These include a television show, the publication of a number of cookbooks, opening up his own restaurant, and even incorporating his previous work as a musician to market his product.

Although she is best known for her roles in Desperate Housewives and The West Wing, Kathrin Joosten enjoyed a long, varied and fruitful career as an award-winning actress.

However, her start in the entertainment industry did not come early in her life. In fact, she started her professional life as a psychiatric nurse, eventually rising to the position of head nurse.

Yet Joosten took the risk and made her career change at 40, in the 1980s with community theater performances, which led to her eventual big break in Hollywood, her appearances on shows such as Family Matters, The X Files, Grey’s Anatomy, and her eventual two Primetime Emmy Awards.

Despite the varied backgrounds of these individuals, at some point, they all decided to leave behind careers that they did not enjoy. They pursued a more fulfilling professional career, and regardless of the late start, have subsequently achieved success.

Career changes at 40 happen in all corners of the world and chances are, there is someone in your own circle that has changed careers later in life and is reaping the benefits. If they can do it, you can too!

Further Reading:
How to Prepare for a Career Change
How to Choose a Career
How to Quit a Job
How to Boost Your Technical Skills 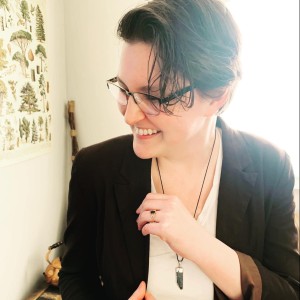 Alia Sinclair is the former Head of Content at Big Interview and the Editor-in-Chief of Patchwork Mosaic, an online magazine for creatives. She lives in Seattle with her ever-increasing library of books.