When You Have Gaps In Your Resume

Contents hide
Be Ready and Be Honest
How to Explain Long Resume Gaps
Your Resume
The Importance of Attitude
The current 9.1% unemployment rate means there are 13.9 million people unemployed in this country. These people will hopefully soon be employed again, but will all have gaps in their resumes to explain.

Whether your resume gap is because of personal reasons or a massive lay-off, here are some tips to address the issue and land a job offer.

Be Ready and Be Honest

Good interviewers are trained to look for gaps in resumes. Your interviewer will want to know why you left each position listed on your resume. Leaving to immediately pursue another opportunity is easily understandable in most cases. However, employers will likely have more questions if you’ve been out of work between positions.

This indicates a sudden and probably involuntary departure. Your interviewer wouldn’t be doing his job if he didn’t probe to make sure you didn’t leave due to personality conflicts, poor performance, or any other reason that could make you a risky hire.

There are many good reasons to take time off between positions — sometimes it’s voluntary and sometimes it’s not. The key is to be prepared to present your reasons concisely and positively, to address your interviewer’s fears and show that you’re not a risk.

Resist the temptation to lie about the dates on your resume. Your interviewer will be able to verify work history and will be able to find out whether the information you provided is true. It’s not worth the risk to fib.

Given the recession and the state of our economy, most employers know full well that companies are going through budget cuts and are restructuring.  Almost every candidate these days has a gap — the key is to be able to provide a reasonable explanation for it.

If your layoff was part of a massive cut, not performance-based, explain that to your interviewer. Highlight what you learned from the experience, while keeping your response brief and to the point. Keep in mind that your interviewer will be looking for any red flags, such as signs of unprofessionalism, lack of motivation, or dishonesty.

Avoid negativity or blame, even if your former employer handled your exit badly.  Don’t get into the messy details. Come up with a sincere, simple way of summing up what happened.

“The company was forced to make budget cuts and lay off two from the department — unfortunately, I was one of the team members hired last. However, I’m proud of the work that I did at Company X and can provide a positive recommendation from my former manager.”

“They hired a new Executive VP and he decided he wanted to bring in his own people from his previous organization. It was disappointing, but the truth is that the time was probably right for me to pursue a new challenge.”

How to Explain Long Resume Gaps

If you’ve been out of work for a while, or if you have a long gap on your resume, be prepared to discuss what you’ve been doing to stay informed and keep your skills fresh.

Great examples include volunteer work, freelance and consulting projects, and taking graduate, certificate or continuing education courses. If you haven’t been doing any of these things, it would serve you well to start now! It will give you something to talk about in your job interviews and will keep you intellectually challenged and engaged during your job search.

If your resume gap covers a year or more away from the workforce — for example, to serve as a full-time parent or caretaker or deal with health issues of your own — you will have to be particularly eloquent in explaining why you’re the best candidate.

Fairly or unfairly, employers will worry about hiring someone coming back to work after a long sabbatical. After all, technology and processes change quickly in today’s business world. Your challenge is to show that you have been keeping up with new developments and are 100% ready to dive back in full-time.

In these situations, it’s even more important to demonstrate your commitment by discussing training, volunteer work, and/or freelance projects. You should also mention any industry conferences or seminars that you’ve attended, and any professional associations or organizations that you’ve joined. Talk about staying up-to-date by reading trade journals or industry publications to show that you are aware of the latest changes.

Remember to highlight any valuable skills learned during your gap months that are relevant to the job you’re seeking. For example, you may have improved your leadership skills while serving as a mentor or developed valuable project management capabilities while managing your church fundraising campaign.

There are ways to format your resume to avoid drawing attention to the dates.

For example, an  easy way to obscure a gap of a few months is to list only the years of employment. This way, the gap is not so obvious on your resume, and you are more likely to get invited in for an interview an have a chance to explain the gap in person.

If your interviewer is smart, she will still ask you about why you left Company ABC. However, there’s no need to bring up a gap of a few months unless you’re asked about it.

The Importance of Attitude

Taking the time to prepare your gap-related talking points before the interview will help you feel more confident — and less defensive — in the job interview.

If you stumble or ramble or fidget when discussing your gap and reasons for wanting to return to the workforce now, your interviewer will wonder if you’re hiding something even if you’re not.

Once a hiring manager has determined that you are capable of handling the job duties, the biggest question is whether you’re somebody he’d like to work with every day. The ability to convey a positive, confident, and trustworthy attitude will go a long way.

Be prepared and be confident and that resume gap won’t hold you back.

Connect with Pamela Skillings on Google+ 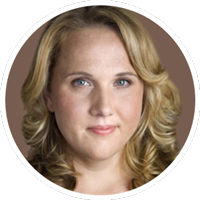 Pamela is the co-founder of BigInterview and an expert interview coach on a mission to help job seekers get their dream jobs. As an HR authority, she also provides consulting services to companies wishing to streamline their hiring process.

Ace your job interview and get the job you always dreamed of with our FREE 3-day interview training course.